What's straightforward with stocks is you'd instantly know what a single share is worth just by looking at its stock price.

With currencies, on the other hand, it's not so simple. You can't trade right away without understanding at least the basics of Forex trading transactions.

In this article, you will learn the mechanics of buying and selling currencies, calculations related to position sizes, and some characteristics of currencies that will help you appreciate currency trading even more.

How To Read A Forex Quote

Before you can enter a Forex transaction, you must know how to read a Forex quote first.

When you open your trading platform, you'll notice that the currencies are paired with one another like the EUR/USD, CAD/JPY, and AUD/NZD.

You'll also notice that numbers that stretch to the fourth decimal place are tailing after it.

Now, you're wondering what that figure represents, and here's a simple answer: it's the value of one Euro in US dollars.

The same thing goes for CAD/JPY, where the number on their right is the value of one Canadian dollar in Japanese Yen — ditto for the AUD/NZD.

In Forex lingo, the currency on the left is called the base currency, and the one on the right is the quote currency.

The value of the base currency, as you might've guessed, is one — always one.

The quote currency, on the other hand, fluctuates.

Sometimes there's the presence of a fifth digit after the decimal point, which is merely appended by brokers to prop up the competitiveness of their products.

This fifth digit is temperately referred to as a "pipette," and it moves a lot faster than the pip.

Why Are Currencies Traded In Pairs?

Most countries have a currency of their own, and it assigns a price to the goods and services within a particular country.

For a currency to realize its value in another country, it must be exchanged for that other country's official currency.

For instance, American products and services are priced in US dollars, thereby making any other currency useless as a medium of payment unless it's traded for the greenback.

The exchange rate determines the value of one currency relative to another.

But the important thing to understand is the reason for having two currencies on your trading platform.

The same characteristic of currencies having relative value is applied to trading.

The only way for you to realize the value of one currency in the Forex market is if you trade it for another.

Therefore, the reason why currencies are juxtaposed with one another is to determine a specific price, which in the case of the EUR/USD example is 1.1176 US dollars.

If the Euro is by itself, you can't assign a value to it, which is why other currencies are needed for contrast.

The Mechanics Of Buying A Currency Pair

So, you know why currencies are traded in pairs, but how does that play out in a transaction?

Well, here's how it works: If you purchased the EUR/USD at 1.1176, that means you had bought the Euro by exchanging or selling the US dollar for it.

You're now what is termed as "long" -- you're long on the Euro, or in other words, you are betting for it to go up in value against the US dollar.

And, you can sell your Euros back to the market once the exchange rate goes up to, say, 1.1200, so that you'll earn a profit.

If you've read the Essential Forex Trading Terminology article, you're probably aware of what pips and lot sizes are already.

Trading currencies with most brokers bounds you to transact a minimum of one thousand units.

It may still sound confusing because of the calculation involved.

Still, the way to make it simpler is to remember the value per pip in a US dollar-quoted currency pair (currency pairs with the US dollar as the quote currency) on a USD-denominated account.

Here's a video to help you understand that even more:

What is Short-Selling in Forex?

Another concept that is pretty hard to grasp is short-selling.

You may have learned that you can sell a currency pair, too, but you're confused as to how that works without the initial act of buying.

Well, short-selling involves borrowing an asset that doesn't belong to the trader.

The intent for short-selling is to speculate on an asset's price drop -- in this case, a currency pair.

Selling something that doesn't belong to you earns you money that you don't deserve -- at least not yet -- but if you repurchase it for a lower price, you profit from the difference.

Here's an example to help you understand it: If you somehow have the sixth sense to know that the price of gold will drop 5% tomorrow, you can take action by selling it at today's current price, say, $1,200 per ounce.

Where do you get the gold?

Well, you secretly borrow an ounce of gold form your uncle's vault (if he owns any) and then you sell it to your local gold dealer.

So you now have $1,200 that doesn't belong to you because that money is your uncle's because he's the owner of the gold, right?

And if you are clairvoyant in your prediction and gold's price drops to $1,140 the next day, what you have to do is quickly repurchase the ounce of gold at that current price from the dealer.

So, that means you have to pay the dealer $1,140, and you have to bring back the gold to your uncle's vault before he notices.

Essentially, what you did is you borrowed your uncle's gold so that you can capitalize on price fluctuations for a profit.

What you're banking on is for the price to fall so that you can make money.

Short-selling in Forex is pretty much the same thing (minus the covert operation on your uncle's gold).

Your broker offers you the opportunity to sell a currency pair, and the moment you close your trade, it automatically repurchases it from the market, earning you a profit (if you accurately guessed a price decline).

All these transactions are done with a click of a mouse in your trading platform.

Not that it is highly essential, but most of the time, you can't appreciate how currencies change hands because of how automatic the trade executions are.

So, it's necessary to understand some fundamentals like how lot sizes factor in pip value and the mechanics of short-selling so that you don't end up blind guessing once you start trading in your real account. 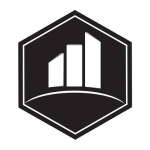